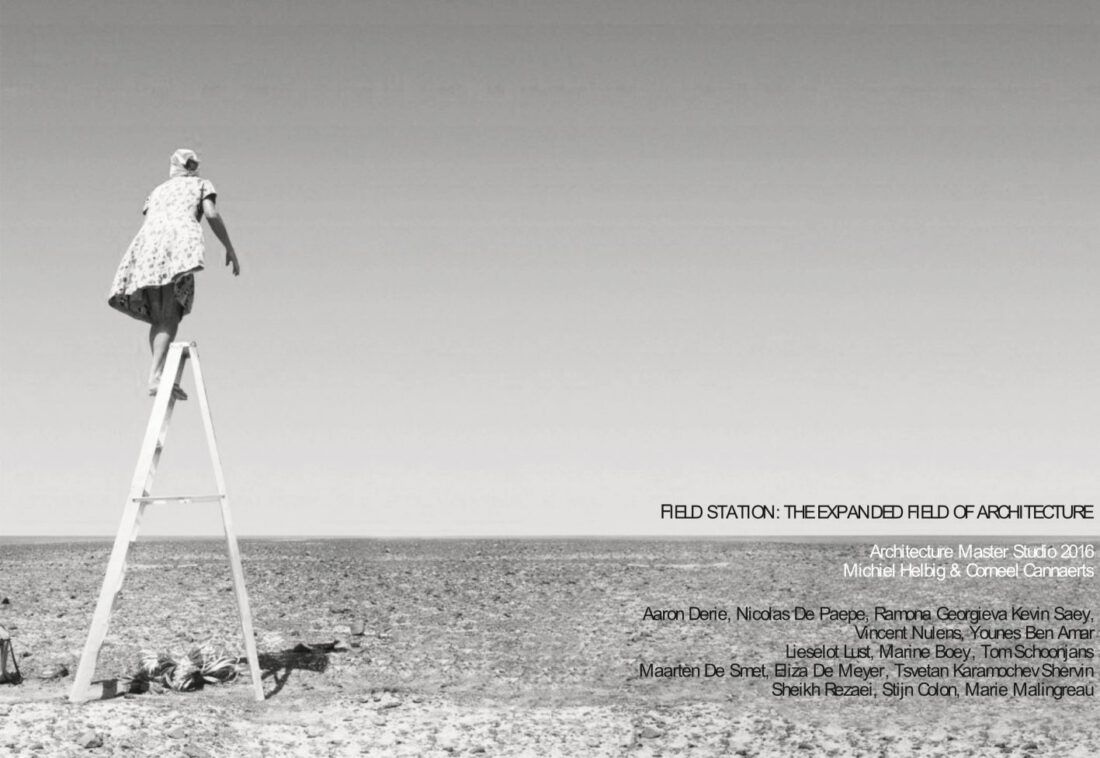 The Expanded Field of Architecture

As the buildings on Teufelsberg and its layered history demonstrate, architecture cannot be reduced to just its constellation of material elements, and is subject to environmental, technological and cultural changes. The built reality is only one layer that makes up the environments we inhabit, it is embedded within other material and immaterial layers, and it contributes to larger economic, material, environmental, informational and infrastructural systems. Within the Field Station Studio, we see the expanded field, this constantly changing, layered and hybrid environment as the context that architecture operates in and actively engages with.

The question of how architecture operates and relates to the expanded field is central to the studio, three closely related evolutions give this question an immediate urgency: (1) The evidence of the impact of humans on our planet is so extensive, that scientists are proposing the dawn of the Anthropocene as a new geological epoch. While architecture and urbanization are major contributors to this impact, our way of thinking about and practicing architecture is modeled on a difference between nature and culture which can no longer be maintained. (2) Our environment is increasingly saturated by and mediated through technologies. Through sensors, mobile technology, big data, online platforms, augmented reality… technology is interwoven into the build fabric of our cities. Our culture is increasingly mediated through digital media: online blogs, social media providing a nonstop stream of information. Although this added layer of technologies, or techno-sphere, has as a drastic spatial and material impact, architecture seems to lack the tools of engaging with these spatial agencies. (3) Internet, social media, mobile technologies offer access to information everywhere and have the potential to change the way we act as a collective. This can be seen in informal actions like crowd funding, crowd sourcing, mass customisation, architecture can learn from these actions.

As a consequence of these points, the dichotomies that are at basis of architecture as a discipline are collapsing: there is no clear distinction anymore between nature and culture, between environment and building, between interior and exterior, between digital and material, between mediated and bodily experience. Within Field Station Studio, we see this layered, hybrid and technologically saturated environment as context, content and medium for architecture. These issues have the potential of rethink and expand our modes of operation, as architects we design embedded in this expanded field.