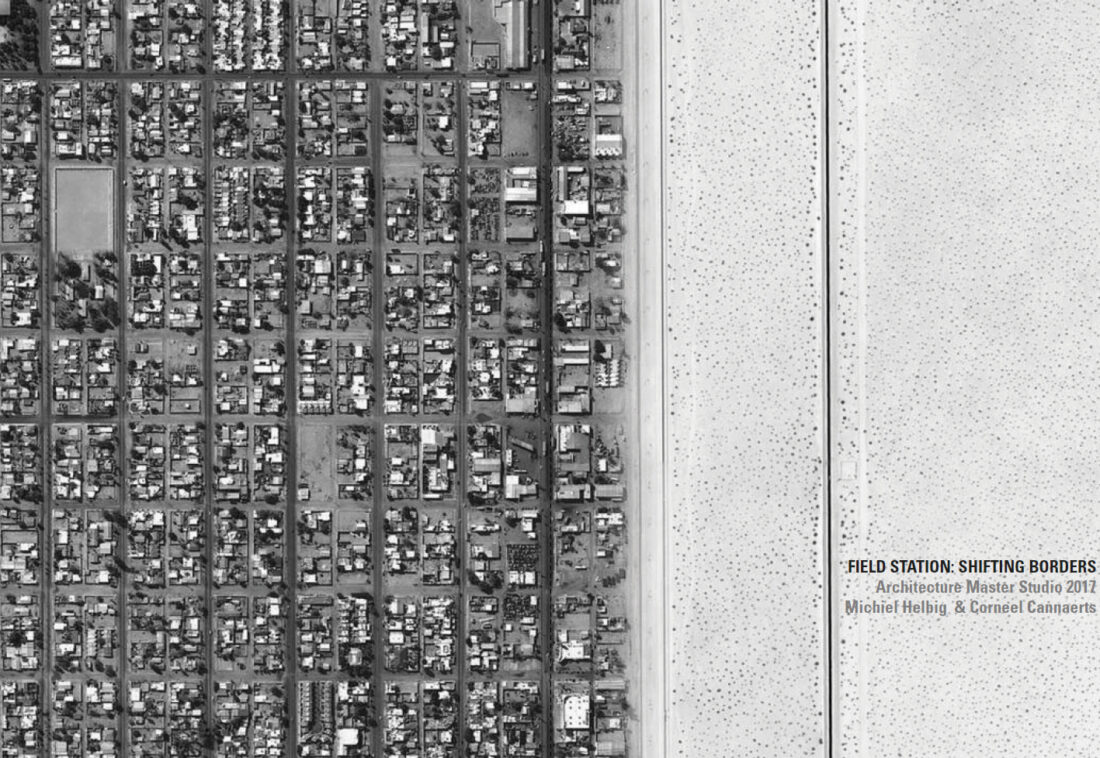 The second iteration of Field Station studio focuses on urgent issue of Shifting Borders, the previous edition looking into the expanded field of architecture, and hacking as a possible alternative design approach. Geopolitical borders are under pressure and shifting between dissolution or reinforcement. Our environment is increasingly mediated through digital technologies, eroding borders between material and virtual, while simultaneously giving rise to new geographies and introducing new borders. Many developing economies are growing, lowering poverty and providing social mobility for an increasingly large part of the world’s population. Simultaneously it is clear that our consumption and modes of production is unsustainable depleting resources, leading to ecological crisis and ethical considerations. Architecture as a discipline has a hard time operating in response to these shifting conditions. Technological progress, social shifts, ecological urgencies and global concerns are raising public debates about ethical boundaries.

The dichotomies that are at basis of architecture as a discipline are collapsing, the borders between seemingly opposite nations are shifting. There is no clear distinction anymore between nature and culture, between environment and building, between interior and exterior, between digital and material, between mediated and bodily experience. These issues have the potential of rethinking and our modes of operation and as architects we design embedded in this expanded field.